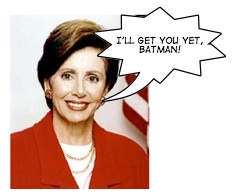 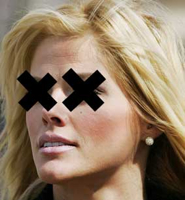 Ah, yes, DICK Cheney, the sneering, snarling, heart attack waiting to happen VP shows just how far removed from reality he is. From a CNN article:

WASHINGTON (CNN) — Vice President Dick Cheney on Wednesday dismissed as “hogwash” the suggestion that blunders may have hurt the administration’s credibility on Iraq and led members of Congress on both sides of the aisle to question President Bush’s plan to send more troops to Baghdad.

In an interview with CNN’s Wolf Blitzer, conducted a day after Bush delivered his State of the Union address, Cheney was asked to respond to some Republicans in Congress who “are now seriously questioning your credibility, because of the blunders and the failures.”

To that, Cheney answered, “Wolf, Wolf, I simply don’t accept the premise of your question. I just think it’s hogwash.”

Yes – old DICK “Lipitor” Cheney doesn’t think our failures in Iraq have hurt the Bush administration’s credibility. Apparently Bush’s current 28% approval rating has absolutely nothing to do with the complete success that our Iraq efforts have exhibited.

As for Wolf Blitzer…

WTF, mate? You let this asshole off the hook for his hypocritical bullshit relating to gay and lesbians. He’s got a gay daughter having a child with her partner, and Wolf gets all defensive when Cheney is asked to comment on it and DICK replies “No.” Hell, man, those Focus on the Family assholes are condemning Cheney’s daughter for her behavior, and Cheney can’t even muster up a scowl against them because they constitute a good portion of his political base.

DICK effectively threw his family under the bus in that interview, and Wolf cowers and begs Cheney not to kill him.

An update from the “Because we said so” department

As reported by CBS News, from a meeting between Nancy Pelosi and the Great Decider:

“He’s tried this two times — it’s failed twice,” the California Democrat said. “I asked him at the White House, ‘Mr. President, why do you think this time it’s going to work?’ And he said, ‘Because I told them it had to.’ “

Well, I’m fairly certain that Bush’s and Cheney’s resolute stance will work out for them. After all, they’re still in power, right?